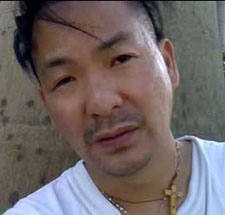 Our other guest today on THE VIEW FROM OVER HERE is movie producer Chau Von Truong. Ever try to make a movie?  Anyone can be a Monday-morning quarterback by criticizing what they’ve seen on the screen, even critics who have never been involved in the creative process. He is out there hustling while trying to make the movie, “Secret Kept”.  It starts off with an idea that is translated into a viable script.  That’s the easy part.  Then comes the financing followed by those who are actually going to make the movie; such as director, cinematographer, orchestrator, the cast of course, set and costume designers and a host of others too numerous to mention here, while dealing with the interminable BS that emanates from within and without.

One of our guests today on THE VIEW FROM OVER HERE is the author RICHARD SILLS.  He will tell about three of his books, The Tale of Dottie, Lanethros and Antivion.  He is an educator, scientist and humorist known for his experimental use of children as teachers.  He is also the founder of the Walter and Lenore Annenberg Presidential Learning Center at the Ronald Reagan Presidential Library and Museum in California.