Stan Weisleder is a consultant for an actuarial firm he founded with offices in Las Vegas and Los Angeles and is a Reserve Deputy with the Los Angeles County Sheriff’s Department (LASD) assigned to the Special Victims Bureau as a Detective.  He is the author of A Killer of Lions, a novel about the Tuskegee Airmen of World War Two, The Trees, a multi-generational novel about Brooklyn and Jewish and Italians who ended up in Las Vegas during the creation of that entertainment mecca, and is recently released his third novel, The Easy Way, based on his personal experiences with the LASD.

Malcolm Burman, CEO of TBG International Productions, a multi-media communications company specializing in radio and internet broadcasting, is the Executive Producer and one of the creators of “The View from Over Here”

Mr. Burman started his career in NYC, on Madison Avenue, as a television commercial producer for Daniel and Charles Advertising agency.  After leaving N.Y for  the sunny shores of Los Angeles, he found his new career in radio as an account executive for KFAC radio the only all classical commercial radio station in Los Angeles. 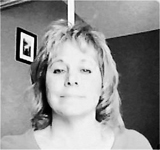 Pam Blankenzee, CEO of RDZigns, a marketing and web services company that specializes in branding & internet marketing, is the Marketing & Social Media Manager at the “View From Over Here.” 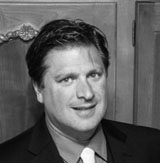 Jonas Schwartz is a member of the prestigious Los Angeles Critics Circle. He has been the Los Angeles Columnist for the New York based Theatermania.com for the last 12 years, reviewing, among others, the sold out tour of Book of Mormon.

Jonas has been a film critic for over 20 years at Comcast Cable and Maryland Nightlife. He is currently a columnist for one of his favorite writers, John Kenneth Muir, on http://reflectionsonfilmandtelevision.blogspot.com/. He has been certified by the MPAA and is a founding board member of the International Press Academy. He chairs several voting boards, particularly the Satellite Awards DVD and Television nominating committees. His reviews have been carried by an array of publications including Comcast Cable, Lord of the Rings Fan Site (which surprisingly spotlighted a negative review of the first Lord of the Rings) and The Drudge Report.